Vote for a CRS Programmer

If you have the chance, vote for a CRS Programmer.

At first glance, he is not an obvious choice because he is quiet and shy and his hygiene is questionable; there is nothing charming about him. He cannot beat other candidates in a public debate because his communication skills are a bit lacking. He cannot lure you with false promises because he knows his own limits. He’s not political material. But if you want someone who knows your problems and how to help solve them, choose a CRS programmer.

He is always on call via crssupport@list.up.edu.ph. He does not discriminate between students, faculty, j3j3m0ns, and aliens. He listens to everyone, even potential business partners from Nigeria. He will definitely listen to you.

A CRS programmer will listen to all your problems. He probably heard of it before.

He understands you because he’s been there in your times of frustration and triumph: the 300 demand for a 30-slot class, the 4.00 turned 3.00, the suddenly opened GE with 0 demand. He was with you when you threw stuff at the monitor after getting 0.0 units, and when your eyes bugged out at the unbelievable 18.00 (+ 2.0 PE) units. He applauded your courage and felt your pain when you clicked the Show GWA button.

He will always show you the truth. Even when it hurts.

Programmed to be fair

He will not complain about the lack of classrooms and teachers. Instead, he will spend his time thinking of the best way to make sure that everyone, at least once in their UP life, gets their turn to be blessed. He knows UP doesn’t have much to work with so he focuses his thoughts on fair distribution of precious goods (ie classes). He’s been at it for years that he has fairness down to an exact science. 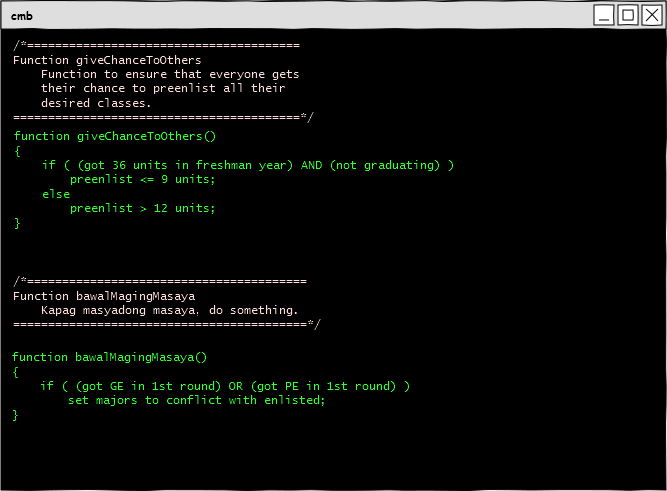 Apparently, fairness can be programmed.

He will not stand outside admin meetings, waiting to ambush fashionably late stakeholders to wail at their faces and annoy them into hurting your cause. Instead, he will be inside that meeting, talking to college secretaries and department heads using peaceful means so your concerns are heard and addressed quickly. 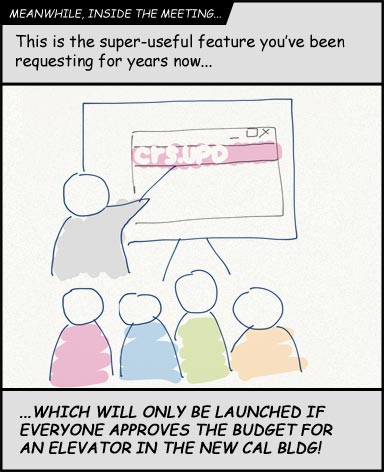 One UPD at last

Many past leaders have tried but failed to unite the whole of UP Diliman. That’s because people tend to mistrust politicians. But this will not be true for a CRS programmer.

When a CRS programmer says something, everyone agrees. In some cases, we even say “Ok, I agree”, without waiting for him to finish. Can you imagine how much stuff we can get done if we managed to agree on a couple of things? 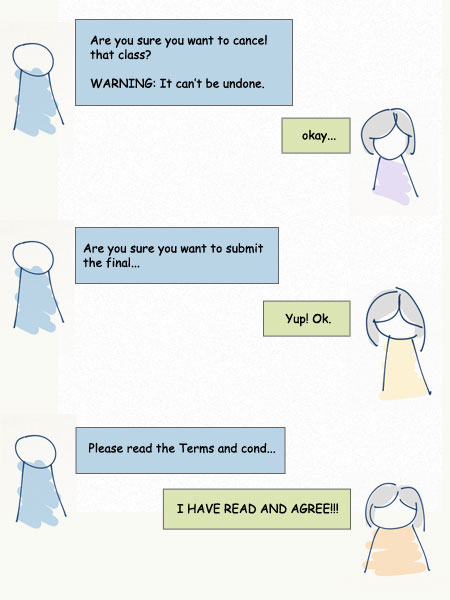 One does not simply disagree with a CRS programmer.

In the end, vote for someone who knows you

He may not know who Corona or Adele is, but he knows who signed your dropping slip and which teachers are uno-able. He knows you’ve been trying to login, but didn’t count how many times you failed before you realized that caps lock was on or you haven’t done the activation step yet. He knows you tried to enlist Bird-watching and PanPil 19, but he never judged you for it. He even encourages people to enlist in Striptease aerobics.

He knows us students, the faculty, the staff, and how things work in Diliman. He makes things that will help the university, not just during campaign period, but all the other days of the year too, including Holy Week and Christmas break.

He’s a CRS programmer and he’s been serving you all along. If you get the chance, vote for him. 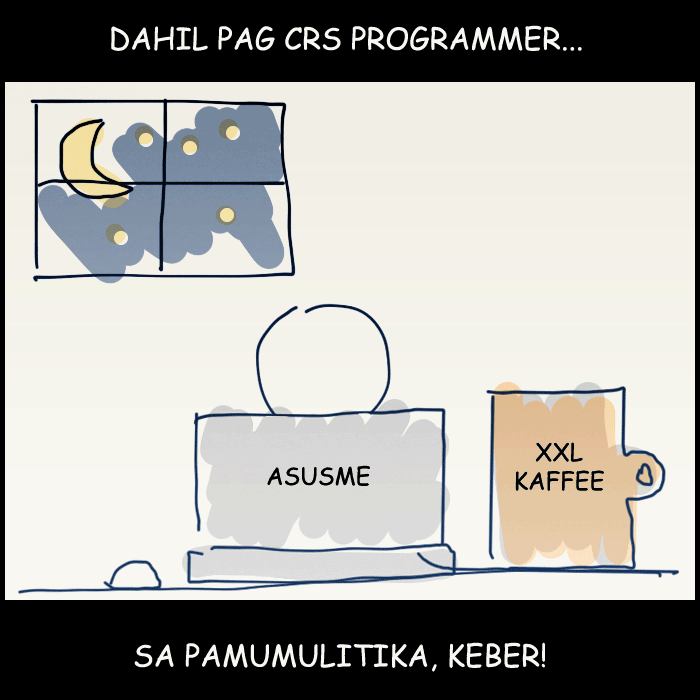 Stop posturing and start doing something!

Disclaimer: Mary is an ex-CRS programmer who is NOT running for office. She’s currently trying to stay under lockdown for the looming board exam. (There have been rumored sightings of her reading addictive zombie fiction and tweeting biannually.) She welcomes comments, even from grammar Nazis.

There are 13 reactions to this story, leave yours below?

← Yes, this is MaryThe Water Thief →
Get mary’s tall tales right in your RSS feed. Share this epic tale of lies on twitter! Read in the dark. Ack! This cursed pinkness! Manlify this blog!