One of the perks of having a blog is you can make lists of people you know and rank them special, Time magazine style. So in lieu of recapping my 2012 (in a nutshell: it was horrible) I want to use my first 2013 post to thank the people who helped me survive 2012 instead.

#1 My family – for being alive.
Some people don’t need to do anything but just be there, alive and healthy. Annoying and persistent. Off-the-walls crazy and drive-you-to-fits-of-rage meddlesome. And you wouldn’t mind as long as they’re there and healthy enough to do it again next year.

#2 Ate Rowie – for saying “Okay lang yun, Mary”.
Her words didn’t solve my problems but they helped me get up and face the world the next day and the day after that AND the days after that, until life became bearable again.

#3-4 Wilmarc and Nikki – for being unexpected friends.
Unexpected. Because one is a weird person whose jokes about jumping Jerix’s bones always made me uncomfortable and the other is a straight-A student I met in my quest for dinitrosalicylic acid. They’re two people I never would have dreamed of approaching but they both went out of their way to tell me: “I like your writing. Please write more!”

Since I’m a shallow person who gets touched by offhand comments like that, I ended up remembering them and feeling happy that I found people to write for in 2012. (And hey, they’re the type of people you’d be proud to point to and say: I have friends like them!)

#5 ____ – for having a worse 2012 than I.*
This might sound sadistic, but ____ is a friend who went through an even crappier 2012 than I. Listening to her and seeing how such a simple act as asking “How are you?” can mean the world to someone else has made me realize that you can never be totally useless. There will always be someone who needs your friendship and your lame jokes. Especially your lame jokes.

#6-7 Mystisith and wishiwasasian – for adopting me.
When you’re in a new environment, it helps to have people who will accept you into their circle: loud, chatty people who will shout your name across the cafeteria like it’s no big deal and make you feel like you’ve been with them for years.

Mystisith and wishiwasian were the blogging equivalents of that. They read and followed kdramalaws when I set up shop and made me feel like I’m part of the cool gang. Well, as cool as gushing over topless men and arguing over contrived drama plots can be.

#8 Levi – for talking at me.
Levi should be thanking me for being his loyal fan. Instead, he talks at me every couple of weeks about different things like corrupt congressmen, gay rights, and why Python sucks. He only makes this list because like all crushes, he has the ability to wipe my mind blank when he talks, effectively making me forget a lot of things. Including whatever Doomsday Thoughts I am having at the time.

#9-11 JC and Steffi – for the tough love.
For telling me to suck it up and do what needs to be done. I would hate them a little, except they were both right. So now I hate them even more.

#12-13 Nitu and Kim – for the support in my darkest moment.**
Despite the fact that I didn’t take the exam, I still appreciated the notes, the study tips, and the frequent badgering and reminders on what needs to be done. I had no reason to expect help from anyone so I’m doubly grateful that these two wonderful girls gave it.

#14-15 Joanne and A – for the Hallyu party.
For reminding me of the good old days. For getting roped into Operation: Hunt For Hangul Books At MV Logos Hope. And for the advanced surprise birthday celebration. These two Enrique Geums invaded my sanctuary (aka boarding house) and forced me to have my best birthday party in 7 years. Technically, it was also my only non-work-related party in 7 years, but still. *shrugs*

So thank you, everyone! Here’s to hoping I meet more people who will inspire me to live in 2013… so I can continue enjoying being sleep-deprived, plotting evil things, and counting incorrectly. 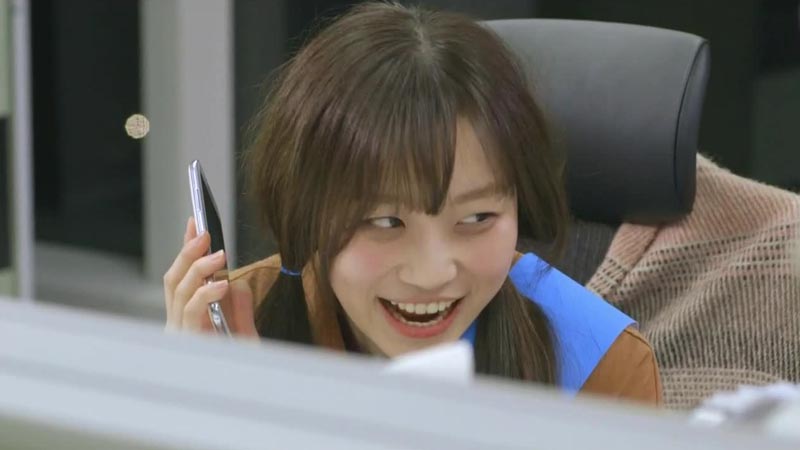 *I know it sounds weird, but I did some research and I is the more appropriate word to use in this case.
**Some people would say that my darkest moment was when I was taking hydroaerobics lessons at 12 noon, but I beg to differ.

There are 2 reactions to this story, leave yours below?

← What to do about programmers who don’t read code?Who Loses In DepEd’s New Curriculum? →
Get mary’s tall tales right in your RSS feed. Share this epic tale of lies on twitter! Read in the dark. Ack! This cursed pinkness! Manlify this blog!