What To Do If Your Elders Think You’re A Failure

First, stop caring about what they think.

What a joke, right?

If you’re from a traditional Filipino family, you’ve been raised to defer to your elders. Ignoring their opinions isn’t something you can easily do.

[Author’s note: this article is for young adult Filipinos who are being tormented by their relatives and neighbors for failing to comply with the traditional definition of success, as explained here.]

To soften the blow of being branded a good-for-nothing by the people you love, try the tips below (listed in increasing difficulty):

They’re just dick-measuring contests rigged in favor of That One Cousin To Rule Them All. The one who topped the board exam, dates a beauty queen, and saves dolphins on weekends while running a profitable business on the side.

Save yourself the heartache and avoid family gatherings.

If you must attend a reunion, try to at least…

You love your family. You miss them and want to see them even if they’re judgey judgersons who judge you. So you go to the party and listen to the 79th retelling of “Things Your Cousin Can Afford (That You Can’t)”.

Then what? Then you sit there and nod timidly and apologize for being poor?

You go up to that buffet table and exact payment for your emotional damage. Starting with the special leche flan that everyone likes.

EAT IT ALL. LEAVE NO LLANERA UNTOUCHED.

When that nosy aunt gleefully announces to everyone that another year has passed and you’re still single, imagine her hysterical cries of “Wala nang leche flan? Nasan yung leche flan? Ubos na? Di pa ako nakatikim!” when she sees your handiwork later.

If you’re tired of hearing people exclaim “But you just sit in your office all day and type on a keyboard!” like that’s a crime, make your job sound impressive using buzzwords. Mobile Revolution. Information Age. Systems Upgrade.

Don’t be guilty. You’re not lying to them. What you do is important. Sadly, they fail to see that because of their limited definition of success.

So go ahead and confuse them. It’s better to get a blank stare than a well-meaning insult.

Warning: do not pull this trick on your Uncle with a PhD in Computer Engineering. He will unmask you for the fraud that you are. Trust me on this.

Part of the reason your elders don’t take you seriously is they knew you as that kid who switched between baking, basketball, and swimming lessons depending on what anime was airing on TV. They still think you’re playing around and not doing a “real job”.

Try being responsible. Pay your bills on time, stay healthy, be independent, use a condom, save money, keep your promises, etc.

It’s unfair that you’re expected to be responsible when some “successful types” get a free pass to lalaland. But you need to show the non-believers that you’ve changed and you’re serious about carving out a different path for yourself.

Even if that path is paved with angry clients, all-nighters, and instant noodles.

I’m not asking you to smile when your dying patients can’t afford medicines; nor laugh when your students have to sit on the floor due to the lack of armchairs.

Still, you chose to do this instead of working someplace that pays more. Or selling drugs. Or stealing people’s taxes. Ergo, there must be something here that you value enough to endure the discrimination that will come your way.

Of course, there will be days when life sucks and you want to rage at the unfairness of it all. But those should be eclipsed by days when you find fulfillment in what you do.

Find strength from that and own your choice.

Once people see you’re as happy as the “successful” ones, hopefully, they’ll start to understand what drives you and ease off on the nagging.

What if some people still think you’re a failure?

If some people can’t understand that you can be happy despite not conforming to their idea of “success”, let them cluck their tongues.

After all, you can’t please everyone.

(But you sure as hell can eat their leche flan.) 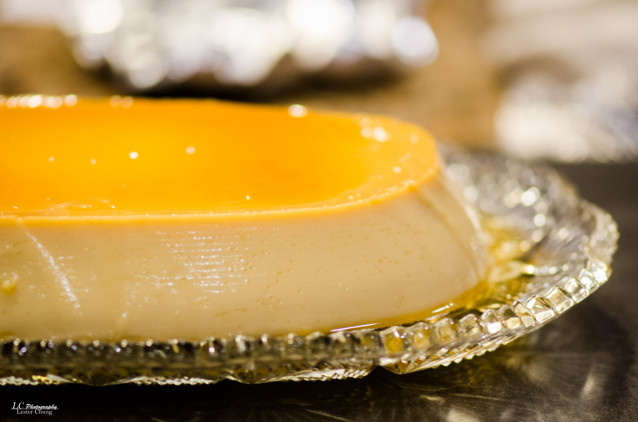 ← Date YourselfThe Poverty Line Challenge: Why Hunger Games Is Not Just A Hunger Game →
Get mary’s tall tales right in your RSS feed. Share this epic tale of lies on twitter! Read in the dark. Ack! This cursed pinkness! Manlify this blog!