How Mary Accidentally Made A Lot of Friends

(This happened back in the 1990s when some parents in our neighborhood took offense at my ungodly behavior and declared me excommunicado to save their children’s souls.)

I used to go to a Catholic school which had rules for everything. For example, we weren’t allowed to run in the corridors, eat junk food, and say bad words. And if you know me, you already know what happened, right? 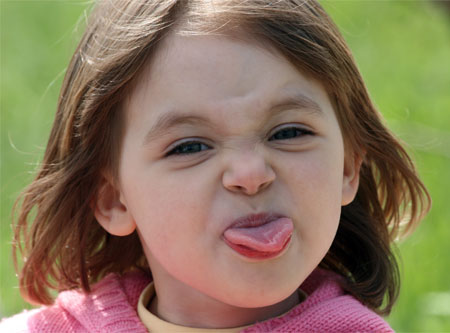 Psychological studies will explain why curiosity and the power of suggestion are dangerous things. I think Pandora said it best with, “Oooh, I wonder what happens if I open this box they told me not to open!”

Suddenly, the neighborhood peace was disrupted by a corridor-running, junk-food-eating, cussing little girl a.k.a. Me.

I wonder what would’ve happened if they banned sewing and speaking softly instead. Would I have “rebelled” and become a proper lady in secret? Lived up to my name? (The mother Mary, not the prostitute.) I can’t honestly tell.

What I can tell you is how the neighborhood parents reacted when they saw a little she-devil running around the block, screaming profanities in front of their well-behaved kids, teaching them to eat Pritos rings and Bazooka:

They told their kids to Never, Ever Hang Out with That Mary again.

And if you know kids and rules, you already know what happened, right?

Disclaimer: the kid in the featured image is not me. Neither am I implying that she’s a little hell-devil. (Sorry, kiddo.)

← Immature Kid Makes Fun of PRC ApplicationThe Board Exam Score →
Get mary’s tall tales right in your RSS feed. Share this epic tale of lies on twitter! Read in the dark. Ack! This cursed pinkness! Manlify this blog!