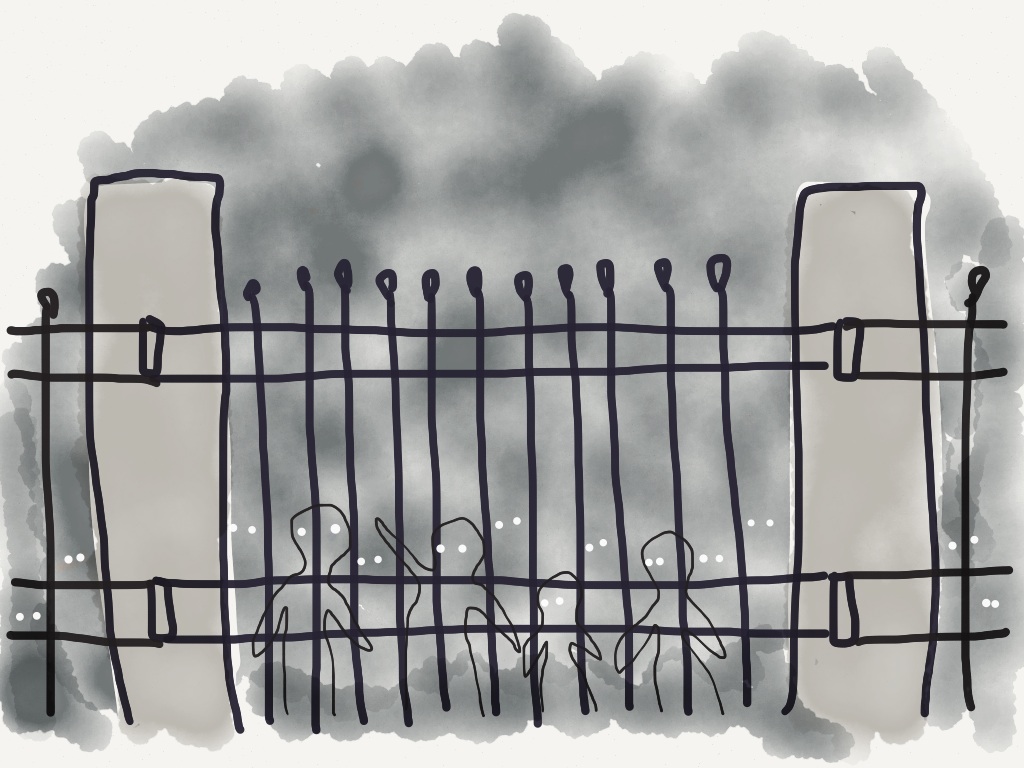 I spot a couple of them around the corner and sprint back to our gate, thankful that I am small and unnoticeable in the dusk.

“Get the lights. There are three groups coming.”

Calee doesn’t question my intel. She just rushes upstairs to turn off the lights while I unplug the TV, not bothering with the remote.

“Faster!” I stage whisper to Calee.

She gropes her way downstairs and (to my harried mind) makes a racket doing so. I curse her inwardly but wait until she’s settled down before shutting the curtains.

Safe for now, we crouch in the dark, discussing our chances.

“Aren’t they too early? 5:30 PM and we already have, what, three groups?”
“Make that four. The third group was huge. They’ll probably split up to get more victims.”

Every now and then, a group of them stops in front of our house and tries our gate, too dumb to notice that the house is dark and empty. Or, crap. Maybe these are the smart ones! Maybe they can tell that we’re in here, sitting in the dark, praying for them to ignore us, ignore us, move on to the next house…

“Do you think they’ll swarm the Marcelinos again tonight? Those Christmas lights are like a giant X on the map.”
“So what? It’s not our problem. The Marcelinos can afford to deal with them anyway.”

Our dad comes home to break what little safety we’ve established. He turns on the lights, plugs in the TV, and watches his precious nightly news. At full volume.

I resist the urge to strangle him.

I have to remind myself that he is not the enemy. No, the enemy is outside… waiting for a house, any house, to show signs of life.

Calee and I exchange panicked looks as they swarm our gate, wielding rusty cans and shouting like drunken sailors.

The attack has begun.

I nudge Calee towards the door.

No mercy for cowards like us who hide in the dark.

I take out my wallet in defeat.

They ignore the question and poke their arms through the gate, intent on grabbing the coins from my hand.

Behind them, another group is already waiting.

There are 3 reactions to this story, leave yours below?

← All? I Want For Christmas Is Calee’s PokedexPhilippines To Borrow Honest Government Officials, Improve Life For Filipinos →
Get mary’s tall tales right in your RSS feed. Share this epic tale of lies on twitter! Read in the dark. Ack! This cursed pinkness! Manlify this blog!